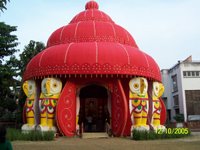 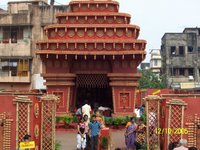 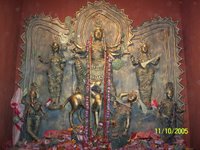 Looks like you had a great time in Calcutta! You go there very often na?

WOW...I wish I could visit this place ..its only a dream still..!

Good pics..seems like the cam is on its work ;)

Hey u r in Calcutta… cool

Have fun…
Wishing u a very Happy Diwali

Diwali is abt renewing friendships too and lighting up our hearts...have fun :)

Yup I enjoyed my visit to kolkata this time PR

Tha a lot to Avik, Puneet, Keshi & Pari for wishing me on diwali.Hope u all have a wonderful time too Sorry for late reply pals I was away on vacation.

Mr.manish kumar i need the contact of the pandal artist of the first pandal...
If you could plz help or if you can share where the pandal is....